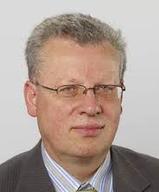 and has been active in the renewable energy field for the last 5 years.

Personal history
Mr. Heinze hails from the town of Jena in Central Germany, moving to West Germany in 1981.

Mr. Heinze has been working with the IEC, IEC RE, CEC and CPUC to shape regulations governing the deployment of renewables in general and PV, Solar Thermal and energy storage technologies in California and worked with various other regulatory bodies (e.g. NYSERDA, SRCC, NREL, OSHA) in individual states as well as the federal government.

Matthias developed partnerships with a corporations, utilities and educational organizations, e.g.  Yeongman University in Korea, Arizona Public Services and ASU in Arizona for joint venture labs in those countries.

Prior to his involvement with Solar Matthias lead the concept development and implementation of global wireless capabilities at TUV Rheinland, culminating in WiFi, ZigBee, PAN/Smart Grid interoperability services leadership of the company.

Matthias previously held the position of VP Engineering at TUV and Director Technology at TUV Rheinland of North America. The company gained FDA, OSHA and Standards Council of Canada accreditation of TUV RNA (TUV Rheinland is one of the first National Recognized Laboratories).

Member of a number of Alliances and Consortia in the Renewable Energy Field and Smart Grid sector.